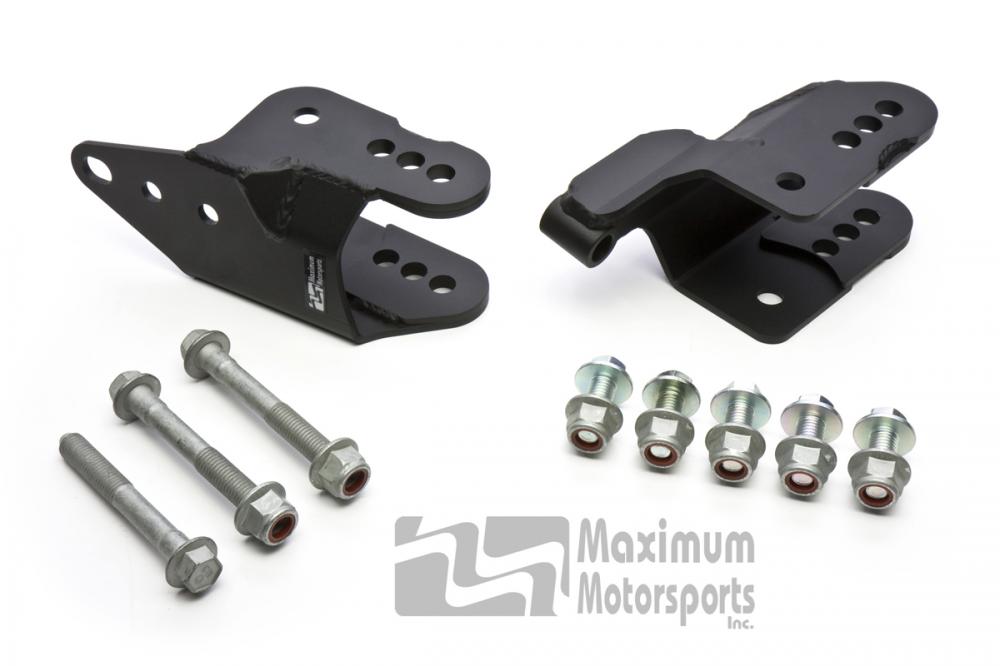 Rear Lower Control Arm Relocation Brackets for 2005-2014 Mustangs. Also called Anti-Squat Brackets, these brackets move the instant center location upwards and rearwards to increase the anti-squat, increasing traction by pushing the tires into the ground. They compensate for the loss in anti-squat, caused by lowering your Mustang by adjusting the rear suspension geometry.